This started as a comment I made to Jane’s poem today morning to which she responded immediately with a beautiful follow up and I responded back instantly.  As people say, the rest is history.

The Oracle suggested the first section of this poem which became a collaborative poem when Pranab (in bold) chimed in. Why ask where home lies? Look out on the night ocean, listen to its wings beating, see how green morning wakes, slow and soft as peace falling, stars wheeling, in the vast silence of […] 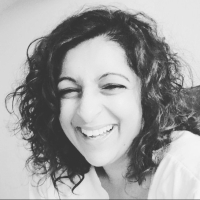